Share a memory
Obituary & Services
Tribute Wall
Read more about the life story of Elaine and share your memory.

Funeral Services will be held at 11:00 A.M. Saturday, January 21, 2023 at Jacobsen-Greenway-Dietz Funeral Home in St. Paul.  Interment will be in the Soulville Cemetery in Sherman County, NE.

Memorials are suggested to the family to be designated at a later date.

Elaine was born on March 23, 1941 in Grand Island, Nebraska to Willis and Mary (Rock) Lyman.  After high school, she received her LPN Certification.    She was united in marriage to Kenneth “Kenny” Thomas on January 17, 1958 in Grand Island.

Elaine was a very compassionate person who spent much of her life volunteering.  She was a proud supporter of the Boelus Town Park and was very instrumental in the “Kids Can” fundraising events.  She enjoyed taking care of the elderly and various children over the years.  Elaine was passionate about cats and made sure hers were well taken care of.

Those left to cherish her memory include her daughters and son-in-law, Jody Lehn of Boelus, Cindy and Robert Bonczynski of Boelus; grandchildren and spouses, Ashley and Nathan Simpson, Alicia and Mike Gorecki, Amanda Bonczynski, and Breanna Johnson; great-grandchildren, Bryce, Mason, Karsen, and Mattisen Gorecki; Kennedy and Jordan Simpson.

Elaine was preceded in death by her parents; husband; son-in-law, Greg Lehn; and brother, Derald Lyman.

Online condolences may be directed to the family atwww.jacobsengreenway.com

To send flowers to the family or plant a tree in memory of Elaine Rose (Lyman) Thomas, please visit our floral store. 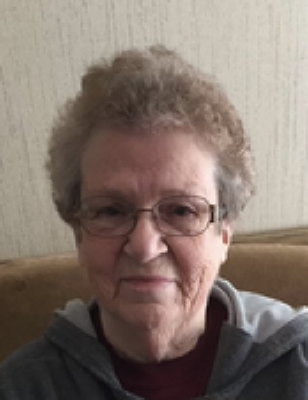