Share a memory
Obituary & Services
Tribute Wall
Read more about the life story of Karen and share your memory.

Funeral Services will be at 10:00 A.M. on Monday, January 23, 2023 at Our Saviour’s Lutheran Church in Dannebrog.  Interment will be in the Elmwood Cemetery in St. Paul.  Pastor Sheri Lodel will be officiating.

Visitation will be from 4-7 P.M. on Sunday, January 22, 2023 at Jacobsen-Greenway-Dietz Funeral Home in St. Paul.  In lieu of flowers, memorials are suggested to the family to be designated at a later date.

Karen was born on November 18, 1948 to Robert and Dorothy (Sandquist) Hancock in Grand Island, Nebraska.  She attended Grand Island Senior High School through the 11th grade and graduated from St. Paul Public School.  Karen was united in marriage to Johnny Fanta on December 12, 1971 in Grand Island.  The couple raised their family and operated a Dairy Farm near Dannebrog.  She loved the “farm life” and was a person who connected with nature and animals. They had several animals over the years which she loved to nurture and raise.  She had various jobs outside the home and was a committed hard worker.  The two jobs that she spent the most years at were Skagway in Grand Island and the Boelus State Bank.

Her hobbies included putting puzzles together, playing piano, or a game of cards. Karen crocheted blankets for all of her grandkids and made ornaments every year for her entire family. It was a “big deal” to pick one out and it was something everyone looked forward to.   Her greatest enjoyments in life were her dog, Zoey, her Diet Coke, and spending time with her family and friends.  Karen was the most unselfish person who always put her kids and grandkids first.  Her children will never forget how great their mom was. Karen was a very Christian woman who was ready to follow Jesus to her heavenly home and re-unite with her husband.

To send flowers to the family or plant a tree in memory of Karen Bessie (Hancock) Fanta, please visit our floral store. 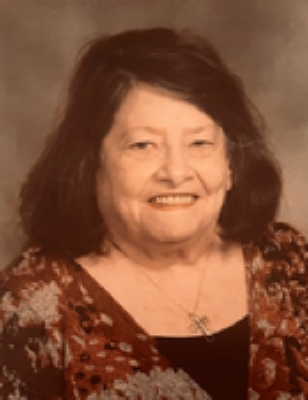