Share a memory
Obituary & Services
Tribute Wall
Read more about the life story of Phyllis and share your memory.

To honor her wishes, her body was cremated.  A Celebration of her life will be at 10:00 A.M. on Friday, January 6, 2023, at Grace Baptist Church in St. Paul.  Pastor Daniel Bear will be officiating.  Memorials are suggested to the family to be designated at a later date.  Jacobsen-Greenway-Dietz Funeral Home in St. Paul is assisting the family.

Phyllis was born in Pontiac, Michigan on September 6, 1953, to George & Addie (Tadlock) Van Horn.  She received her education in Pontiac, Michigan.  She married Dwayne Jesse, Sr. and to this union were three children: Dwayne, Stephen and Dana.  The couple later divorced, and she was re-married to Jim Ratzlaff.

Phyllis had an amazing passion for music and enjoyed singing in the community and church choirs.  Her hobbies included crocheting, taking care of her plants and flowers, and traveling. One of her most memorable trips was to Jerusalem.  Phyllis had a heart filled with kindness and brightened any room she entered. She liked to visit her cousins and spent an incredible amount of time with Beverly and Barbara. She was anticipating being the first one to get to see Beverly, when she got to heaven.

She was preceded in death by her parents; husband, Jim; and sisters, Rebecca & Linda.

To send flowers to the family or plant a tree in memory of Phyllis M. Ratzlaff, please visit our floral store. 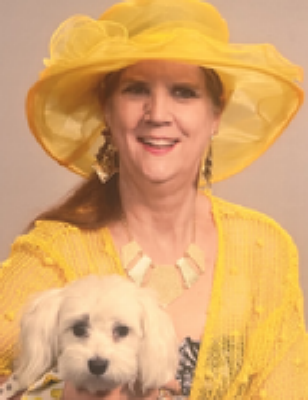